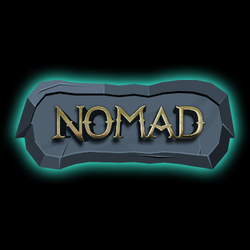 Nomadland is a blockchain based NFT’s Action RPG & strategy game built on Unreal Engine. Gamers can buy land, build farms, battle epic monsters, evolve in rank and produce new weapons and armours, fight in Arena against other players. Also gamers can purchase in-game NFTs which could be bought or sold both in the in-game marketplace or in 3rd party NFT exchanges outside the game world.

Marketplaces fees are sent to the burn address.

Nomadland is backed by Dutch Crypto Investors, OIG, Shima Capital and others. Also project is incubated by exnetwork capital.