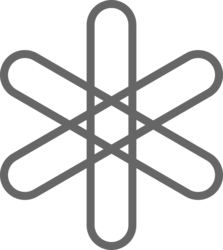 What is DENT coin?

Dent has an ambitious roadmap ahead, with plans to expand its services to new markets by the end of 2021. The company has already attracted more than twenty-five million mobile device users, and Dent services are available in more than 140 countries. Enterprise partnerships for Dent include Samsung Blockchain, The Enterprise Ethereum Alliance and Telecom Infra.

Fmaous exchnages to trade in DENT

To buy or sell DENT coins the exchnages such as Binance, Mandala Exchange, FTX, KuCoin, Upbit and more are the most safe and secure. To check for more coins you can visit here.

Dent is a revolutionary player in the market of mobile communications and data services. Today, around half of the world’s population has restricted access to mobile services because of the high prices traditional mobile carriers offer. Dent brings in the power of blockchain technology to revolutionize this and provide global access to mobile airtime and data.

The  Dent eliminates the understanding that your mobile data is tied to your location by becoming a global digital mobile operator. Dent offers plans that suit today’s global citizens’ needs by removing roaming fees and introducing international mobile plans. Everything on the Dent platform is purchased through DENT tokens, meaning that all transactions are recorded on the blockchain, and there is no chance for a customer to pay for something and not receive it. Unlike traditional mobile operators, Dent aims to make mobile airtime and data available globally to anyone interested, regardless of their location.