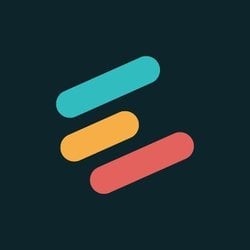 Euler is a non-custodial permissionless lending protocol on Ethereum that helps users to earn interest on their crypto assets or hedge against volatile markets without the need for a trusted third-party.

Euler comprises a set of smart contracts deployed on the Ethereum blockchain that can be openly accessed by anyone with an internet connection. Euler is managed by holders of a protocol native governance token called Euler Governance Token (EUL). Euler is entirely non-custodial; users are responsible for managing their own funds.

When lenders deposit into a liquidity pool on Euler, they receive interest-bearing ERC20 eTokens in return, which can be redeemed for their share of the underlying assets in the pool at any time, as long as there are unborrowed tokens in the pool (similar to Compound’s cTokens). Borrowers take liquidity out of a pool and return it with interest. Thus, the total assets in the pool grows through time. In this way, lenders earn interest on the assets they supply, because their eTokens can be redeemed for an increasing amount of the underlying asset over time.

Similarly to Aave’s debt tokens, Euler also tokenises debts on the protocol with ERC20-compliant interfaces known as dTokens. The dToken interface allows the construction of positions without needing to interact with underlying assets, and can be used to create derivative products that include debt obligations.

Rather than providing non-standard methods to transfer debts, Euler uses the regular transfer/approve ERC20 methods. However, the permissioning logic is reversed: rather than being able to send tokens to anyone, but requiring approval to take them, dTokens can be taken by anyone, but require approval to accept them. This also prevents users from “burning” their dTokens. For example, the zero address has no way of approving an in-bound transfer of dTokens.

On Compound and Aave, collateral deposited to the protocol is always made available for lending. Optionally, Euler allows collateral to be deposited, but not made available for lending. Such collateral is ‘protected’. It earns a user no interest, but is free from the risks of borrowers defaulting, can always be withdrawn instantly, and helps protect against borrowers using tokens to influence governance decisions or take short positions.

Normally, an account’s liquidity is checked immediately after performing an operation that could fail due to insufficient collateral. For example, taking out a borrow, withdrawing collateral, or exiting a market could cause a transaction to be reverted due to a collateral violation.

However, Euler has a feature that allows users to defer their liquidity checks. Many operations can be performed, and the liquidity is checked only once at the very end. For example, without deferring liquidity checks, a user must first deposit collateral before issuing a borrow. However, if done in the same transaction, deferring the liquidity check will allow the user to do this in any order.

Unlike Aave, Euler doesn’t have a native concept of flash loans. Instead, users can defer their liquidity check, make an uncollateralised borrow, perform whatever operation they like, and then repay the borrow. This can be used to rebalance positions, build-up leveraged positions, take advantage of external arbitrage opportunities, and more.

Private IS ENDED: IN THE PAST