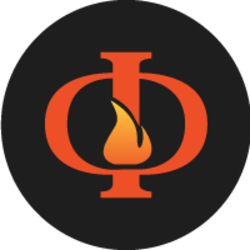 Prometheus is the first multi-chain strategic role-playing NFT GAME. The project’s role contains almost all the mainstream mythological systems of the East and the West, and all mythological systems will be related and collide in the game, so its audiences run through the entire world of games and NFT hobby groups.

Prometheus engine developed based on COCOS. Cocos 2D-X, Cocos Studio, Cocos Code IDE, and additional frameworks and tools are integrated with Cocos to give developers a complete set of game development options.

The game Prometheus is a 5v5 NFT battle. In the game, there are two types of game play, PVE and PVP. PVE combat between players and NPCs, which are primarily narrative battles and daily gameplay battles. The other is PVP combat between players, mostly daily arena, significant events, and guild battles. The fight is divided into two parts: pre-war planning and in-game decisions. Depending on their battle cards, pre-war players can pick between 1 and 5 combat units (some gameplay may require less than five combat units). As a result, players must study the level’s criteria before selecting combat cards for various factions and generations.

The sequence of activities for all units in the current round is determined by the speed attribute of all units on the present battlefield at the start of each battle turn. Through the action axis, players may make strategic decisions such as whether to seize advantageous territory early in the conflict or assemble all forces to kill the enemy’s important role. Each little accurate decision will impact the overall condition of the war, allowing them to win in the end. Players are awarded in-game tokens (WP) for winning PVP and PVE.

The governance Token – MGA is an abbreviation of the name of the Game studio, MetaGame Arena. MGA will serve as a platform token across multiple games in the near future, linking NFT resources in each game and creating link value. MGA provides decentralized communities with the underlying technical support for a complete project development route voting scheme. The token can be purchased on the open market. The MGA is a necessary upgrade to combat cards in Prometheus games and is an essential production resource for every player seeking advanced combat power.